NERD ALERT! There's a fair amount of science behind this homepage and because we want to be transparent, we're taking our time explaining it in detail. Wall of text ahead...

The Coverage Homepage is a homepage constructed with the stories that received the most exposure on online media. Stories are sorted by exposure: just like in a normal homepage, top-most stories received more exposure

A story rating is the sum of all its articles' ratings

NoteSome big events will have multiple stories, so you might not see those events ranked as high simply because they are split into substories.

NoteAn article can appear on a media Web site but never have been featured on their homepage or having been featured for a very short time, too short to be relevant: those articles have no rating

Use of "Uncle Tom" in left-leaning media: is respect conditional on political affiliation?

Today the New York Post published an article titled Debunking Sunny Hostin’s claim that black Republicans are an ‘oxymoron. It comments on the fact that Sunny Hostin, co-host of the daytime show "The View" on ABC, said she didn't "understand" Black Republicans, calling them an oxymoron, i.e. a figure of speech in which apparently contradictory terms appear in conjunction.

In it, the author of the New York Post article, Adam Coleman, writes: "Certain black people enjoy gatekeeping other black people, and when you step out of line, they will gladly enforce a level of racial ostracization — or in the words of President Joe Biden, they’ll remind you, “You ain’t black.” The reason our president can flippantly state what black is or what black does, as a white person, is that our powerful black gatekeepers are in full agreement with his sentiment.

From how we talk to whom we cast our ballot for, we are supposed to perform in a way that is “suitably black.” Anyone who deviates from what our gatekeepers consider tolerable will be accused of wanting to disassociate from their people by traitorously aligning themselves with the opposition: white people."

So we checked out how much other left-leaning media outlets express disrespect for Black Republicans. To do that we searched for the derogatory epithet "Uncle Tom" on their homepages over nearly two years to see in how many months it appeared and with how many mentions. Click on Show Data to see the results.

Over nearly two years, left-leaning media did not go one month without mentioning the "Uncle Tom" derogative epithet

Methodology Number of boxes of articles with relevant keywords in headline, summary or body and featured on a homepage

Bias Visualizer fights for YOU!

We fight media bias with hard data from an AI-powered platform:
keep up to date so you never miss a time when media bias is exposed!

Bias Visualizer fights for YOU!

We fight media bias with hard data from an AI-powered platform: keep up to date so you never miss a time when media bias is exposed! 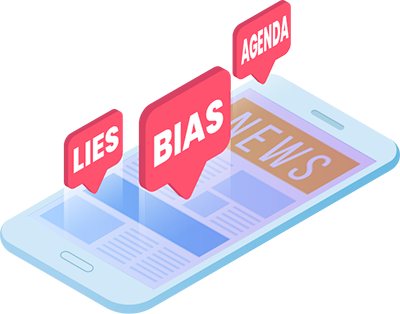